Today as I write this, I do so in a way to put my thoughts somewhere in hopes that somebody is able to take something tangible from my words. Fact of the matter is, I know not everyone who reads this will make it through everything I have to say but I hope to reach those who will take the time to do so in a good way. Out of respect I want to also advise a trigger warning to anybody who is in recovery or has experiences with violence.

As I have began my day, I am reflecting on what things used to be like waking up with the taste of alcohol in my mouth, the smell of it in my breath and the uncomfortable feeling of a hangover after a night of partying the night before. I remember trying to make sense of it all at times and would normalize it while making excuses on why I continued to drink. Admittedly there were several nights where I didn't remember a thing due to blacking out and I would purposely get to that point so I didn't have to feel anything. As I've grown older I understand now it's because of the hurt and the trauma I was carrying.

The feeling of being numb became comforting for me and the recklessness of my behaviour while intoxicated didn't matter to me. Truth is, I didn't care about myself, I didn't care about anybody else and it got to the point where the relationship with my family was damaged. I think about the nights where violence was present and how I woke up the morning after with a swollen hand, not being able to recall what had happened. I do remember two incidents clearly though and have often looked back at them too.

My younger brother, our friends and I had all went to a night time beach party where they had a DJ and there was quite a lot of people. The night began in a good way with socializing and hanging out together but I remember turning my head to see a white male grabbing my brother aggressively and my brother feeding him punches. I remember tackling this guy to the ground and punching him numerous times in the face then stomping on him. At this point my brother backed off and I took the guy's head and drove my knee into his face. Somebody tried to pull me off of him and I shoved them out of my way and continued to lay a beating on him. Eventually this was broken up but I remember the guy lying there motionless while I was walking away. Waking up the morning after that, I had text messages from people telling me that he went to the hospital and that things weren't looking that good. Thankfully he was alright and that was the end of that...or so I thought.

On a separate night we are at a house party and this same guy is there, is drunk and is picking a fight with one of my close friends. I remember jumping over a couch and on my way down punching him in the face. Drinks went flying, the music stopped playing and all hell broke loose. I kept punching him until my friend pulled me off of him and we quickly got out of there. Out front of the house the guy apparently got knocked out by somebody else at the party and the last thing I remember was us getting into a car and taking off.

Fast forward a bit, I had been working at a retail store full-time doing order picking and was in the receiving area. I turned around and who did I see? It was the guy from the beach party and he was a new employee at the store. I remember him looking at me with fear in his eyes and I stood there in that moment reflecting on my actions. Having that feeling wasn't good at all, knowing that I was feared by somebody on that level hit me in my heart and I spoke to him from that heart space afterwards. I apologized to him and I asked for his forgiveness. At this point in my life I was trying to cut back on my drinking and turn things around for myself. Hearing him say that he forgave me was huge and we ended up being civil with each other moving forward.

As I look back on these moments, my mind has spiralled to everything else that had happened while under the influence. The violence, driving while intoxicated, committing crimes, being in trap houses, having stomach ulcers numerous times then having to take medication and overall making poor decisions is where my brain has taken me today. As I reflect on all of this, I also think about what things were like when I was taking steroids and how that amplified things. The biggest thing I'm stuck on is how I didn't love myself, how it affected my family and how my hurt played a part in all of this.

Now I'm okay with being transparent enough to share this stuff but some things are better left unsaid as I am still continuing to work through them today but let that be a key take away, to work through it and to do so with a healthy support system. Truth is, I don't really talk or associate myself with anybody that I used to party with. A lot of those people weren't my friends and they didn't care about my wellbeing. All they cared about was that I was an extra person to pitch on alcohol with them and party with. This realization was a big one for me too as I learned a friend is somebody who would take away the bottle if they knew it affected you in a negative way as opposed to feed you one.

Today I am thankful for the healthy relationships that I have in my life and am grateful for where things are right now. I have a great relationship with my family and I have good friends who are also living a life of sobriety, both contributing to have a strong support circle which has been a huge asset for a lot of things. Growth and healing comes from actively working through traumatic experiences and when it comes to recovery, working through them one moment at a time.

When my mom passed away in 2018 at the age of 55, it broke me and even today I am still healing from it. She was my rock and was always there to listen to me no matter what. She is also the person who taught me how to be kind and have a loving heart which is something I am very thankful for. Having PTSD from that has been something I have been working through in therapy and although it has been hard, I know it's better than going out and getting loaded. Instead I choose to love myself everyday as best I can and if I am in need of some extra support, I know I can turn to the folks in my support circle.

9 years ago today I woke up hungover after a night of drinking and a bar fight on St. Patrick's Day but told myself enough is enough. Know that healing takes time but that it is possible and it starts with us having the want to do so. It doesn't matter how old you are when you make this decision, this isn't trauma olympics, and know that your experiences and your voice are valid. After having that want, we need to make it come to life somehow and we are the only one's who can decide what that looks like.

Setting boundaries for yourself is also important and take it from me, as somebody who is in the public eye and a place of influence, people have a lot of expectations from me which can be stressful at times. I often tell people to live with appreciation versus expectations for this reason and to meet people where they're at because we all have our own individual life experiences and with that our own capacities.

Today I say miigwech (Thank you) to my family, to my friends and to the people who continue to support me along this journey. I also give thanks to Gitchi Manidoo (The Great Spirit) and to my spirit for allowing me to walk the red road one moment at a time with growth and understanding. 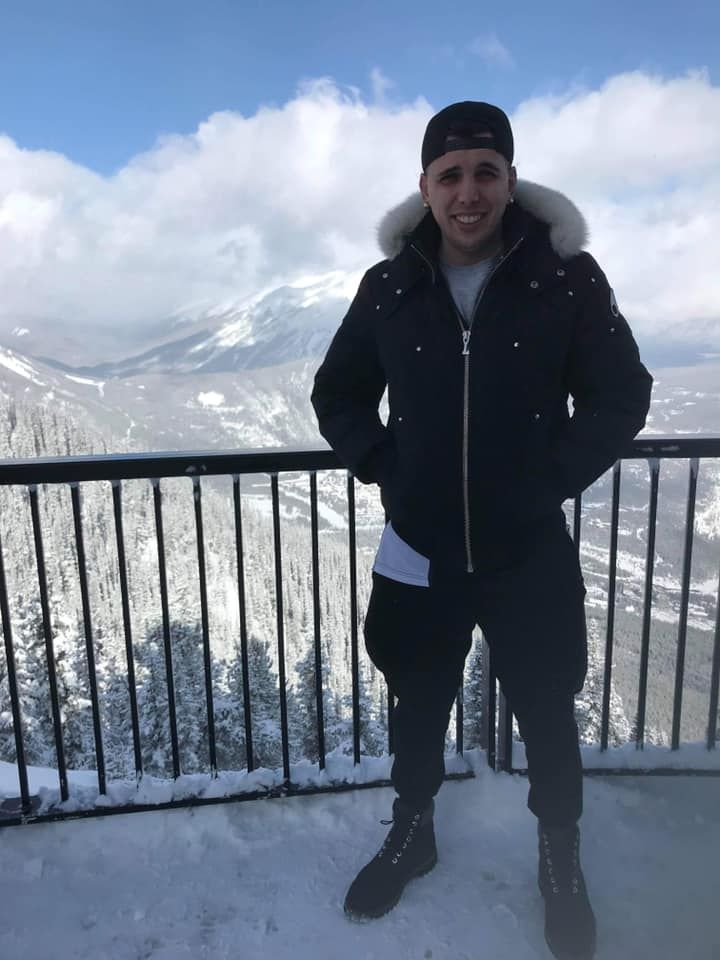